ON, Simcoe County District School Board

Parents from the Simcoe region have expressed concerns regarding the implementation and use of wireless technology in SCDSB schools.  Through delegations, correspondence, emails, meetings, phone calls and media interviews, these parents have referenced national and international reports from researchers, scientists, journalists which support the parent’s concerns that wireless technology is harmful to humans, particularly developing children.

Wireless technologies have been installed at all SCDSB facilities in order that today’s learners can be educated through 21st century teaching strategies and tools.  The Simcoe District School Board believes that wireless technology is the foundation upon which the move to integrate technology into classroom.

Low-level microwave radiation levels from WIFI are continuous. Some children and teachers are experiencing health issues as a result of the accumulative effects of this radiation.  Some parents were forced to remove their children from the public school system because of the negative health impact that resulted.  Other parents who are aware of the potential risks of long-term exposure to low levels of microwave radiation withdrew their children from the public school system as a precautionary response to this “class 2B – possible carcinogen”, as deemed by the World Health Organization (May 31, 2011). The Ontario Health and Safety Act lists microwave radiation as a potential hazard.

The Simcoe District Public School Board states that it is following the guidelines set by Health Canada which suggest there is no evidence of negative health effects of Wi-fi, to date.  The Safety Code 6 guideline is outdated.  It does not take into consideration long term exposures or the effects of microwave radiation on young children whose bodies are developing rapidly. Safety code 6 also does not take into consideration the other negative biological effects resulting from the accumulative effects of this radiation. Health Canada has no evidence that WIFI is safe for children, and when parents contacted Health Canada about their concerns about their childrens’ health, Health Canada would not issue a letter stating that wi-fi is safe for children and pregnant women who make up the majority of the school population.

Parents from the Simcoe region have expressed concerns regarding the implementation and use of wireless technology in SCDSB schools.  Through delegations, correspondence, emails, meetings, phone calls and media interviews, these parents have referenced national and international reports from researchers, scientists, journalists which support the parent’s concerns that wireless technology is harmful to humans, particularly developing children.

Some parents have expressed an interest in having annual informed consent, knowledge of where the access points are and measured radiation levels.  Some parents have requested accommodations for students diagnosed with electromagnetic sensitivities.

Videos of students who have become electromagnetically sensitive to wireless has also been presented.  These children complained of symptoms the parents attribute to wireless, electromagnetic, radiation, noting that these symptoms disappear when they are away from wireless access points. Parents from Mountain View Elementary School have requested that the wireless access points be turned off as much as possible and that the school also be hardwired for high speed internet connectivity at the parents’ expense.  There are parents from other SCDSB schools who do not want their children exposed to wireless microwave radiation and would like their children to have safe, high-speed, hard wired Ethernet connections. They would welcome a “Round Table” approach to solving this critical health issue. They believe that brainstorming solutions with the Board as a first step to safer technology for their children.

To inform parents on this issue, an information night on “WIFI in schools – Is It Safe?” with guest speaker Rodney Palmer from Simcoe Safe School Committee will take place on Tuesday June 4th at the Holly Rec Centre in Barrie at 7 pm. Parents will learn more about the science behind WIFI and the impact wireless can have on the bodies of a young learner.

Collectively, parents’ voices can be heard by sending an email to your Trustees, MP, and MPP using the C4ST profile sheet.  Let’s find win-win solutions so children can use high speed 21st century tools safely. 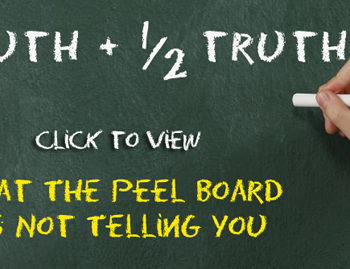 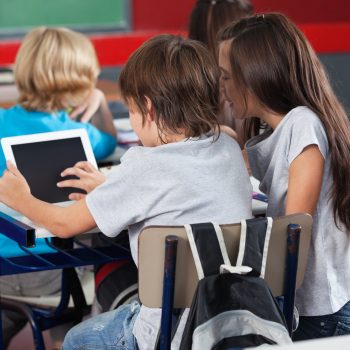