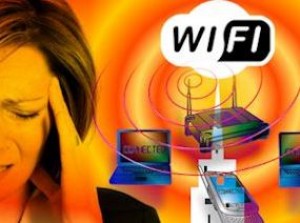 Radiofrequency emissions in the frequency range 30 kHz–300 GHz were evaluated to be Group 2B, i.e., “possibly”, carcinogenic to humans by the International Agency for Research on Cancer (IARC) at WHO in May 2011. The Swedish Cancer Register has not shown increasing incidence of brain tumours in recent years and has been used to dismiss epidemiological evidence on a risk. In this study we used the Swedish National Inpatient Register (IPR) and Causes of Death Register (CDR) to further study the incidence comparing with the Cancer Register data for the time period 1998–2013 using joinpoint regression analysis. In the IPR we found a joinpoint in 2007 with Annual Percentage Change (APC) +4.25%, 95% CI +1.98, +6.57% during 2007–2013 for tumours of unknown type in the brain or CNS. In the CDR joinpoint regression found one joinpoint in 2008 with APC during 2008–2013 +22.60%, 95% CI +9.68, +37.03%. These tumour diagnoses would be based on clinical examination, mainly CT and/or MRI, but without histopathology or cytology. No statistically significant increasing incidence was found in the Swedish Cancer Register during these years. We postulate that a large part of brain tumours of unknown type are never reported to the Cancer Register. Furthermore, the frequency of diagnosis based on autopsy has declined substantially due to a general decline of autopsies in Sweden adding further to missing cases. We conclude that the Swedish Cancer Register is not reliable to be used to dismiss results in epidemiological studies on the use of wireless phones and brain tumour risk.

There has been a rapid increase in the use of both mobile and cordless phones during the last two decades. Worldwide, an estimate of 6.9 billion mobile phone subscriptions were reported at the end of 2014 by the International Telecommunication Union [1]. The Nordic countries were among the first in the world to widely adopt wireless telecommunications technology. Analogue phones (Nordic Mobile Telephone System; NMT) were introduced in the 1980s using both 450 (1981 to 2007) and 900 (1986 to 2000) Megahertz (MHz) frequencies. The digital system (Global System for Mobile Communication; GSM) using two bands, 900 and 1800 MHz, started to operate in 1991. The third generation of mobile phones, 3G or Universal Mobile Telecommunication System (UMTS), using 1900/2100 MHz was introduced in Sweden in 2003 and dominates the market now. The fourth generation (4G; Long term evolution; LTE) started to operate first in the world in December 2009 in Norway (Oslo) and Sweden (Stockholm). Desktop cordless phones have been used in Sweden since 1988, first using analogue 800–900 MHz frequencies, but since early 1990s using a digital 1900 MHz system (Digital Enhanced Cordless Telecommunications; DECT). The real increase in the use and exposure to radiofrequency electromagnetic fields (RF-EMF) from wireless phones (mobile phones and cordless phones) in most countries has occurred since the 1990s. The anatomical distribution to the human body of RF emissions depends on e.g., if the wireless phone is handheld or not, type of tissue and age [2–4]. The user may also be exposed to extremely low frequency (ELF)-EMF from the battery [5,6]. The brain is the primary target organ for exposure to EMF during the use of the handheld phone. This has given concern of an increased risk for brain tumours. The carcinogenic effect of RF-EMF on humans was evaluated at a meeting during 24–31 May 2011 at the International Agency for Research on Cancer (IARC) at WHO in Lyon, France. The Working Group categorised RF-EMF from mobile phones, and from other devices that emit similar non-ionising electromagnetic fields in the frequency range 30 kHz–300 GHz, as Group 2B, i.e., “possibly”, carcinogenic to humans [7,8]. Case-control studies on brain tumour risk provided supportive results on positive associations between two types of brain tumours; glioma and acoustic neuroma, and exposure to RF-EMF from wireless phones [9–14]. The results for meningioma were less consistent for an association. Recently a decreased survival of patients with glioblastoma multiforme associated with long-term use of wireless phones was reported [15]. Another study reported mobile phone use for ≥3 h a day to be associated with a consistent pattern of increased risk for the mutant type of p53 gene in the peripheral zone of the glioblastoma, and that this increase was statistically significant correlated with shorter overall survival time [16].

It has been suggested that overall incidence data on brain tumours for countries may be used to qualify or disqualify the association between mobile phones and brain tumours observed in case-control studies. During recent years such opinions have been published by different study groups. However, it must be stressed that descriptive epidemiology with no individual exposure data is of less value than results in analytical epidemiology such as case-control studies [17]. Aydin et al. [18] made a case-control study on mobile phone use among children and adolescents in Sweden, Denmark, Norway and Switzerland. In spite of elevated odds ratios (ORs) incidence data from the Swedish Cancer Register during 1990–2008 for the age group 5–19 years were used to dismiss the significance of the results for all countries: “our evaluation of time trends of brain tumor incidence in Sweden and altogether provide little support to the view that mobile phone use increases the risk of brain tumors”. The many shortcomings in the analysis including hypothetical incidence rate trends was commented by us elsewhere [19]. Deltour et al. [20] reported increasing glioma incidence rates in Denmark, Finland, Norway, and Sweden for the time period 1979–2008. Annual percentage change (APC) increased for men with +0.4%, 95% confidence interval (CI) +0.1, +0.6% and for women with +0.3%, 95% CI +0.1, +0.5%. In simulations using various risk estimates and induction times for mobile phone use, it was concluded that: “Several of the risk increases seen in case-control studies appear to be incompatible with the observed lack of incidence rate increase in middle-aged men”. Unfortunately no data were given for subtypes of glioma and anatomical sites of the tumours, which would certainly have been informative. The authors did not consider these and other limitations such as the quality of cancer register data when they concluded that “Our data indicate that, so far, no risk associated with mobile phone use has manifested in adult glioma incidence trends…many increased or decreased risks reported in case-control studies are implausible, implying that biases and errors in the self-reported use of mobile phone have likely distorted the findings”. The age-standardized incidence of brain tumours increased in Denmark with +41.2% among men and +46.1% among women during 2003–2012 [21]. A news release based on the Danish Cancer Register stated that during the last 10 years there has been an almost 2-fold increase in the incidence of the most malignant glioma type, glioblastoma multiforme [22]. So far these incidence data are not generally available. The Scientific Committee on Emerging and Newly Identified Health Risks (SCENIHR) at EU published on 12 December 2013 a “Preliminary opinion on potential health effects of exposure to electromagnetic fields (EMF)” [23]. The committee’s conclusion was that “Based on the most recent cohort and incidence time trend studies, it appears that the evidence for an increased risk of glioma became weaker while the possibility of an association of RF EMF exposure with acoustic neuroma remains open”. The conclusion in the final report was that “The results of cohort and incidence time trend studies do not support an increased risk for glioma while the possibility of an association with acoustic neuroma remains open” (Dated 20 January 2015) [24]. In September, 2014 WHO published the draft: Radio Frequency fields: Environmental Health Criteria Monograph [25]. The results by Deltour et al. [20] on brain tumour incidence in the Nordic countries were cited without further analysis of the findings: “if the risk increases that were reported in a few case-control studies to be associated with mobile phone use were real, they would have resulted in a detectable increase in the glioma incidence in the Nordic countries”.

It is obvious that descriptive data from the Swedish Cancer Register on brain tumour incidence are increasingly used to dismiss results in analytical epidemiology on the association between brain tumours and use of mobile and cordless phones. An increasing number of patients with brain tumour of “unknown type” based on patient register data was recently reported [26]. Thus it is pertinent to analyse the relevance of the Swedish Register data. This was a register based study using official data without any personal identification. Thus approval by the ethical committee was not necessary.