Safety Code 6 – Under Review by a Conflicted Panel of Scientists

September 27th, 2013 UPDATE: A new chair, as well as two new members have been confirmed for the expert panel reviewing Safety Code 6. The new Chair of the Panel, effective immediately, is Dr. Paul Demers, Professor with the Dalla Lana School of Public Health at the University of Toronto and Clinical Professor with the University of British Columbia. Additionally, Dr. Bryan Kolb, FRSC, a neuroscientist from the University of Lethbridge, and Dr. Anne-Marie Nicol, the Principal Investigator of the CAREX Canada Project, from Simon Fraser University, will also join the panel. Drs. Kolb and Nicol will assume the roles vacated by Dr. Brian Christie and Dr. Louise Lemyre, who are unable to continue with the project for personal family reasons and academic commitments. Full biographies of all panellists are available here.

The public consultation will be held in Ottawa on Monday, October 28. Additional details will appear in this space shortly. The RSC will directly contact those individuals who have previously been confirmed to speak at the session. Additional invitations will then be extended. Written submissions from members of the public continue to be encouraged. For further details, please consult the RSC protocols for public consultations.

August 8th, 2013 UPDATE:   Concerns have flared over possible conflicts of interest of a second member of a panel chosen by the Royal Society of Canada to examine safety levels for cell towers, cellphones and wireless devices.

July 29th, 2013 UPDATE:  A second scientist is under fire for conflict-of-interest on a panel examining safety levels for cell towers, cell phones and WiFi in Canada.

Attached below is the last review of Safety Code 6 (1999) by the conflicted panel of the RSC. A must read if you haven’t seen it.

July 19th, 2013 UPDATE: Facing public controversy over a potential conflict of interest revealed in a CMAJ investigation, the chair of a Royal Society of Canada panel reviewing federal safety guidelines for Wi-Fi, cellphones and other radiofrequency devices has stepped aside. Read the full article here.

July 16th, 2013 UPDATE: Letter written to Dr. Yolande Grise, President of the RSC, re Conflict of Interest on the Expert Panel Review of Safety Code 6: Potential Health Risks of Radiofrequency Fields from Wireless Telecommunications Devices. Also contained in this letter is significant evidence as to why Dr. John Moulder is yet another conflicted panel member.

July 10th, 2013 UPDATE: Dr. Daniel Krewski has resigned from his role as chair of the “independent” federal government panel to study potential Wi-Fi health effects after allegations surfaced that he had previously received a substantial government contract.

July 5th, 2013 UPDATE: Amidst the pressure of additional scrutiny, Daniel Krewski announced today that he is stepping down from the review panel, vacating his position as the chair.

June 26th. 2013 UPDATE: Below is the response being given by MP offices at this time re the RSC conflict.

MP Response re RSC Conflict can be found here.

UPDATE JUNE 19: RSC Wi-Fi panel criticized for undisclosed conflict! The Royal Society of Canada will reconsider its decision to appoint a University of Ottawa professor to chair a panel that will assess the safety of radio wave emitting devices such as cellular phones, following a CMAJ investigation that reveals a potential conflict-of-interest.
Read the full article here

Health Canada has updated Safety Code 6 and is employing an “Independent” panel to review its work. It hired the Royal Society of Canada, which has strict guidelines to protect against conflict of interest, to conduct the panel.  But the conflict of interest guidelines have been relaxed for selecting the academically credentialed panel. Some members turn out to have financial relationships with companies, industry associations and lobby groups which are directly affected by the outcome of this panel review. At the same time, some of them have consistently published material and statements demonstrating predetermined viewpoints that they don’t believe published evidence showing that humans are in danger well below the existing safety threshold published in Safety Code 6. The selection of a significantly conflicted panel is unlikely to make decisions to protect Canadians. We are concerned that the results are predetermined. 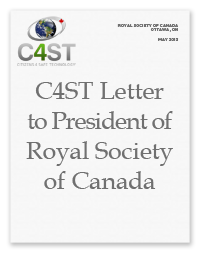 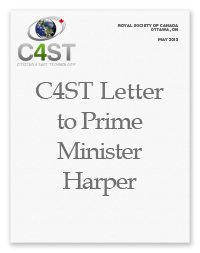 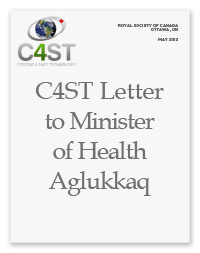