Oakville April 11th, 2021 Frank Clegg, former President of Microsoft Canada and CEO of Canadians For Safe Technology (C4ST.org) is accusing the Ford Government of putting the health and security of everyone in Ontario at risk, by limiting full and meaningful public consultation over Bill 257, Supporting Broadband and Infrastructure Expansion Act, 2021. The third and final reading is scheduled for tomorrow, April 12th.

“This Bill seeks to accelerate installations of wireless cell towers in Ontario at a time when so many red flags say we should be giving it a sober second thought, and looking at superior wired options for economic and health reasons,” said Clegg.

“Wireless transmission is proven to be too unsecure, fallible, and harmful to human health to bet the future of Ontario on it,” said Clegg. “It’s 100 times slower than fibre optic cable, it’s prone to power grid failure, vulnerable to hacking at every point of transmission, and is harmful to human health as proven by the growing scientific evidence. The public needs to be heard on this.”

Clegg’s voice joins the Association of Municipalities of Ontario which has objected to portions of the Bill that hands over control of Municipal lands to the Province to permit construction of 5G cell towers whenever and where ever on those lands across Ontario.

“Instead of considering the best future for Ontario, Premier Ford is confiscating control over development from every mayor and elected council in Ontario. Bill 257 will strip Ontario municipalities of their right to examine the location of new cellular antennas and to consider local planning, building and health implications for the citizens they are mandated to serve and protect,” said Clegg.

C4ST is calling for a pause on passing Bill 257 until the public can be informed and consulted about the economic and health impacts of rolling out wireless 5G into their neighbourhoods. “No provincial representative should be allowed to assume such power over our municipalities and elected officials,” said Clegg.

C4ST works with all levels of government informing Canadians that wireless radiation from cell phones, Wi-Fi, cell towers and other wireless devices comes with a health cost. Safer practices and wired technologies must be considered before using wireless technologies.

“5G is not proven to be safe. Quite the opposite,” said Clegg, a long time executive in Canada’s technology sector. “Wired solutions for broadband are more economical and pose no threat to human health, but Bill 257 does nothing to motivate industry to provide wired solutions first. Premier Ford has an opportunity to create a healthier future for Ontario residents. Doug Ford should slow down to get it right, with a full, transparent public consultation and complete analyses. The telecommunications and technology industry is driving a wireless-first strategy because it receives the majority of its profits from wireless devices. A true cost/benefit analysis will show heavy costs will be downloaded to Ontario taxpayers if the choice for buildout is inferior broadband wireless technologies.”

We Have No Reason to Believe 5G is Safe 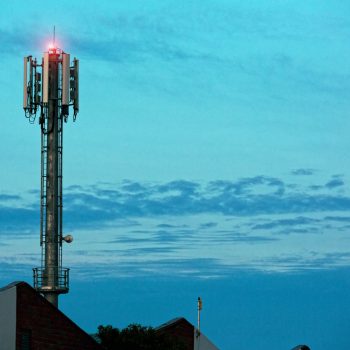