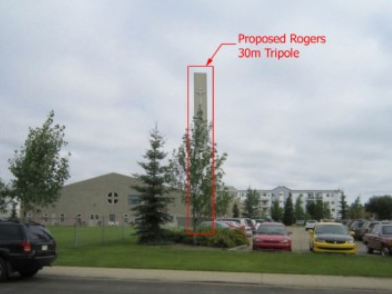 Rogers approached Dayspring Presbyterian Church about putting a cellular tower on their property which is intended to service multiple carriers. They held an Open House in October 2012 with about 40 people attending who unanimously opposed the tower. A resident started on online petition which received about 50 signatures and another 50 signatures were collected around the neighbourhood. All community members visited when circulating the petition said they were opposed to the tower and did not think we needed a tower in our neighbourhood. People said their service was fine already. Weekly protests at the church have been going on for over 2 months at the church.

One resident reported to the City information about an error in Safety Code 6 reported in the House of Commons which make the frequencies illegal as applied, informed them that dangers of wireless frequencies are now accepted medical education offered to medical professional in 50 states across North America, shared that guidelines do not protect those with pacemakers, outlined potential damage to infrastructure based on information from the Atomic Energy of Canada and National Research Council of Canada. Letters to the City asking for a vote of non-concurrence due to these and Rogers not following siting policies were ineffective. MP James Rajotte sent a letter to Industry Canada and Health Canada forwarding information from a resident concerned about Health effects.

Many residents were left out of the consultation process since the street was considered a “natural buffer” leaving several apartments and townhouses and a school without being notified though many people live right across the street.

The Church refuses to take responsibility for the decision, saying it is up to the City whether to approve the tower, which it has. The decision now rest with Industry Canada. The Church says that Rogers has told them that residents do not have a choice about having a tower in our community and that a tower will either be put up on their property or on the shopping complex next door.

Greenfield has been targeted by two telecommunications companies, first by TELUS at another church in the community and now by Rogers. In response, a group of concerned citizens created a group called the Greenfield Community Stewardship Group (CGSC.) With the support of the CGSC community members successfully convinced the Greenfield Baptist Church not to proceed with their contract with TELUS. Since then, Rogers has targeted Dayspring Presbyterian Church and shared that there will be a tower going in no matter what and that they can either profit from it themselves or it can go up at the shopping mall next door. Residents say that we do not need or want a tower in our neighbourhood and service is fine the way it is.  The telecommunications companies say that this site will enable co-location which may prevent other towers from coming into the neighbourhood, though they could not guarantee this.

PLEASE READ BELOW DOCUMENT “LETTER REQUESTING NON-CONCURRENCE FROM INDUSTRY CANADA” FOR SUMMARY OF ISSUES INCLUDING ERROR IN SAFETY CODE, HEALTH EFFECTS, GUIDELINES DO NOT PROTECT THOSE WITH PACEMAKERS, DAMAGE TO INFRASTRUCTURE, BUILDING CODE COMPLIANCE, AND DIRTY ELECTRICITY FROM CELL TOWERS.

Recent News and Information re: Your Local Tower Situation 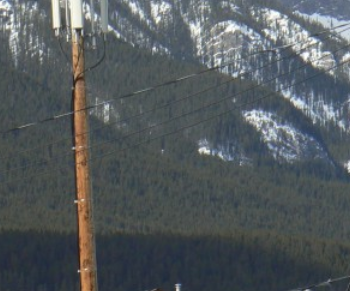 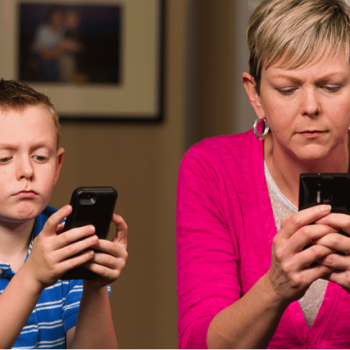