It is time for Health Minister Rona Ambrose to reboot the whole process around updating Safety Code 6. The proceedings with the Royal Society Expert Panel should be put on hold.

Health Canada is in the midst of a process to update Safety Code 6 (SC6). This obscure piece of regulation affects the health of every Canadian and is currently being corrupted by Health Canada. Here’s why:

SC6 sets the upper limit for the radiation emitted from wireless devices. SC6 is the document that provincial governments depend on when placing smart meters on our residences and businesses and when installing Wi-Fi in our children’s schools.

Telecommunications companies use SC6 as the upper radiation limit in their placement of cell towers and antennae. SC6 dictates the limit for manufacturers of baby monitors, game consoles, tablets and other wireless devices. As we continue to expand the number of wireless devices we use and are exposed to and the length of time we use them, Safety Code 6 is a very critical limit. Canadians need to be able to trust it.

On Oct. 28, 2013, the Royal Society of Canada Expert Panel on Safety Code 6 held public consultations. The review of the expert panel is the next step in Health Canada’s latest update of Safety Code 6.

In addition, on Oct. 28, C4ST (Citizens for Safe Technology) published documents we feel prove that Health Canada is interfering with the independence of the expert panel and manipulating its findings. The documents, obtained under Access to Information, include a memo from Health Canada to the Royal Society, suggesting certain panel members be included in this “independent” review. They also show suggested questions the panel should ask. This makes the review far from “independent.”

On Oct. 28, the Royal Society heard submissions from individuals across Canada who have become debilitated by wireless radiation, but it may be a wasted effort.

Health Canada has kept secret the Royal Society’s mandate for this review. This “public” review of a “public” document to be held in a “public” process is being handled almost entirely in secret. Even the criterion by which Health Canada selects the science it relies on is not being made public. Its “weight of evidence” process which Health Canada continually claims allows government employees to dismiss scientific papers that show cellphones and other wireless devices cause harm, is also part of the running secret. Standard scientific practice is that the criteria for “weight of evidence” are published, now.

SC6 has not had any significant changes since the 1980s, before smart phones and tablets were even invented. SC6 is based on 6 minutes of exposure. Not only is average cell phone use far longer than six minutes, exposure to cell towers, smart meters and Wi-Fi is hours in length for days on end. SC6 does nothing to acknowledge the particular vulnerability of children. Studies show that while penetration into an adult skull from radiation is about 10 per cent, it reaches 70 per cent in a five-year-old child. China, Russia, Italy and Switzerland already have safety limits 100 times safer than Canada. As long as Safety Code 6 remains rooted in 1980, more Canadians will continue to develop headaches, nausea, vertigo, neurological disorders, and possibly according to the World Health Organization—cancer.

It is time for Health Minister Rona Ambrose to reboot the whole process around updating Safety Code 6. The proceedings with the Royal Society Expert Panel should be put on hold. The minister should instruct her department to run a proper evaluation that follows an open and transparent process of scientific research and evaluation based on international procedures. When the Royal Society is then engaged, give them the mandate and the resources to do a proper evaluation. Canadians deserve, and expect, no less. 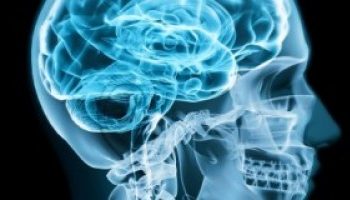