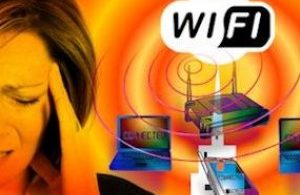 Toronto lagging compared with rest of world, while big players disappoint on bringing cellphone service to subway Five out of 10. That’s the rating Toronto’s connectivity gets from North American venture capitalists, Mayor John Tory says. “I’ve always been told as mayor or when I was in the industry that we have the tops in […]
Read More
1

February 4th, 2016 C4ST congratulates the city of Berkeley CA, for their win last week in a court ruling to require warnings posted at all locations cell phones are sold. Frank Clegg, CEO of the national volunteer organization Canadians for Safe Technology, C4ST, confirms that, “This is a huge step forward for consumers having the right to know. […]
Read More

Abstract Radiofrequency emissions in the frequency range 30 kHz–300 GHz were evaluated to be Group 2B, i.e., “possibly”, carcinogenic to humans by the International Agency for Research on Cancer (IARC) at WHO in May 2011. The Swedish Cancer Register has not shown increasing incidence of brain tumours in recent years and has been used to […]
Read More
Page 2 of 212
Scroll